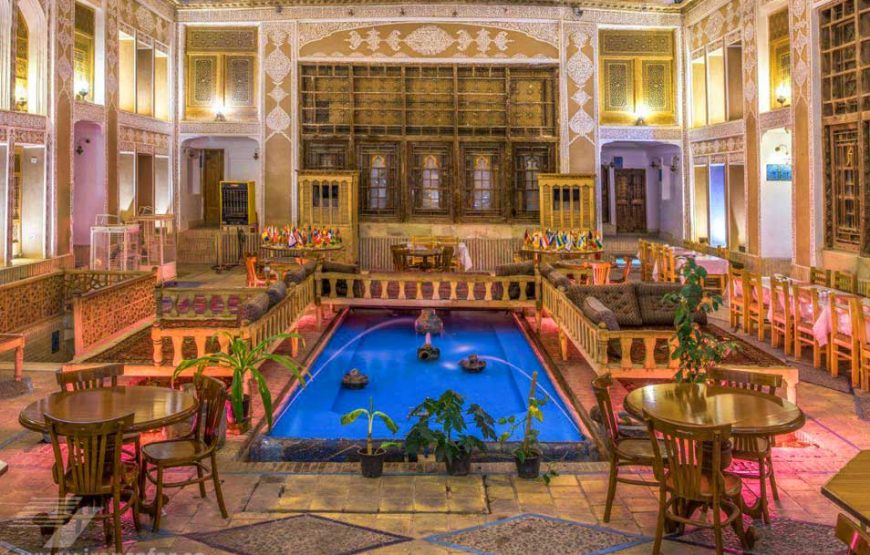 Malek-o Tojjar Hotel is an excellent choice for travelers visiting Yazd, offering a romantic environment alongside many helpful amenities designed to enhance your stay. For those interested in checking out popular landmarks while visiting Yazd, Malek-o Tojjar is located a short distance from Amir Chakmak (0.5 km) , Yazd Water museum (70 m) , and Alexander’s Prison (1km) . Guest rooms offer amenities such as air conditioning, and guests can go online with free Wi-fi offered by the hotel. Enjoy your stay in Yazd!

Malek-o Tajar Antique mansion in Yazd was built about 300 years ago by a Persian carpet merchant called Ali Asghar Shirazi. Originally, this building was a residential mansion with original Iranian architecture and Persian design on the walls and rooms of the house. Antique Malek-o Tojar Hotel in Yazd is one the first traditional hotels in Yazd that was put into operation in 2008 after renovation and preserving traditional architecture. In the basement of the house, there used to be a Persian Qanat, which unfortunately, like many other Qanats in Yazd province, has dried up; However, in order to revive the old atmosphere, water is artificially flowing in its original water channel.

The final renovation of Malek-o Tojjar traditional Hotel was in December 2014. The hotel has 23 rooms with a charming atmosphere that has been admired by many Iranian and foreign guests and visitors. Malek Tojjar Hotel consists of different sections in where guests can enjoy their moments of stay.

While in Yazd, you may want to check out some of the restaurants that are a short walk away from Malek O Tojjar, including Marco-Polo Rooftop Restaurant (0.4 mi), Iranian Old Café (0.5 mi), and If you are interested in exploring Yazd, check out a natural history museum, such as Cambrian Museum.

Smoking allowed only in the courtyard

Located in the middle of Yazd bazaar , this historical mansion of city's famous trader is up to 3 centuries (some say) We stayed 2 nights at Malek o Tojar hotel and loved it! It took us to good old days and you get a sense of nostalgia. Our room was number 430 , an old decorated room , biggest room and it is a work of art indeed. Don't miss staying in this room at least for one night! 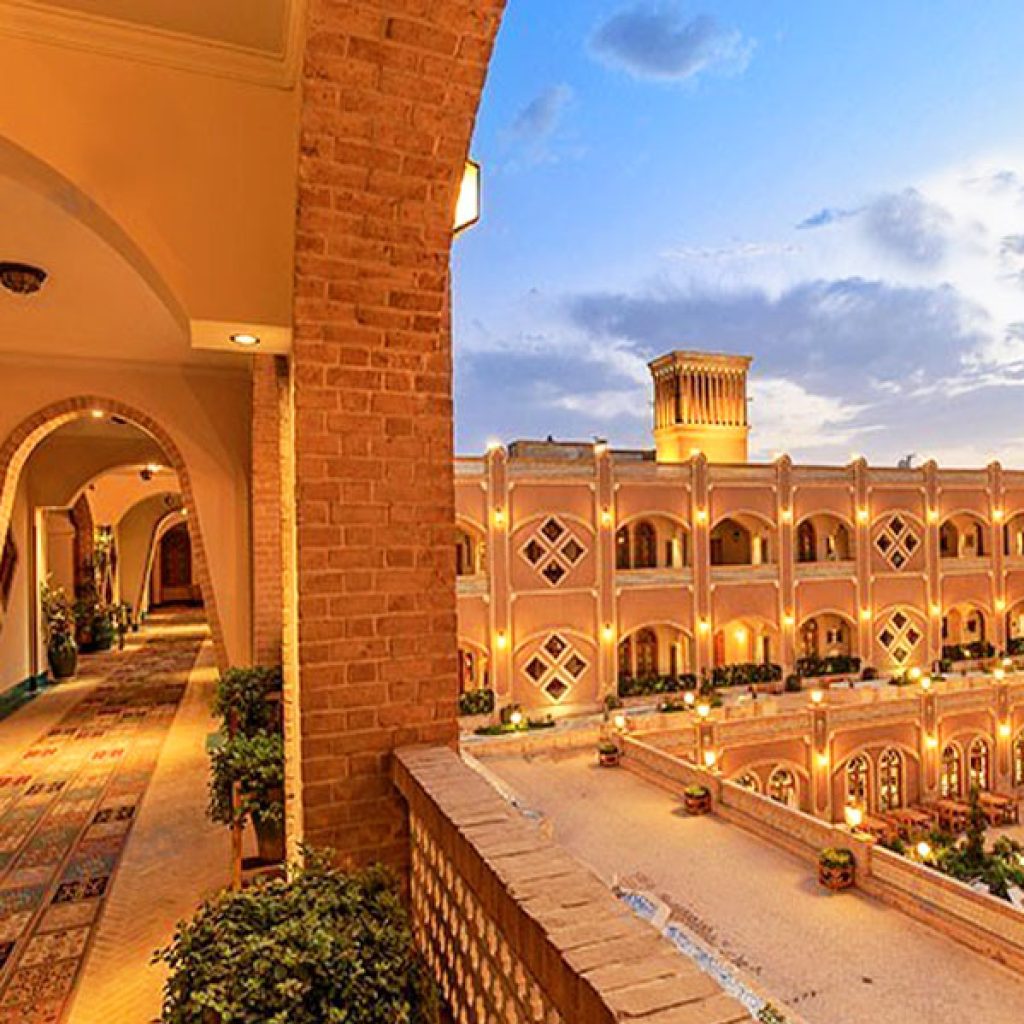 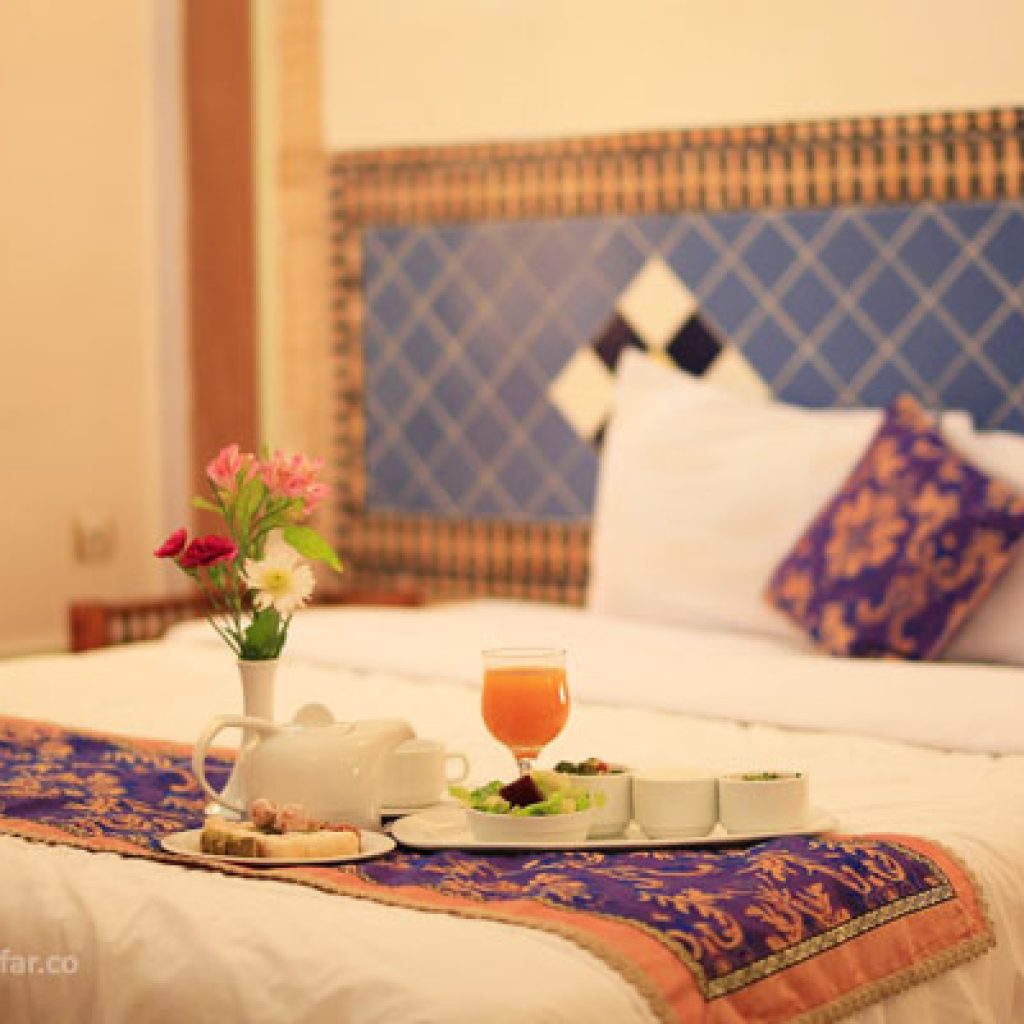 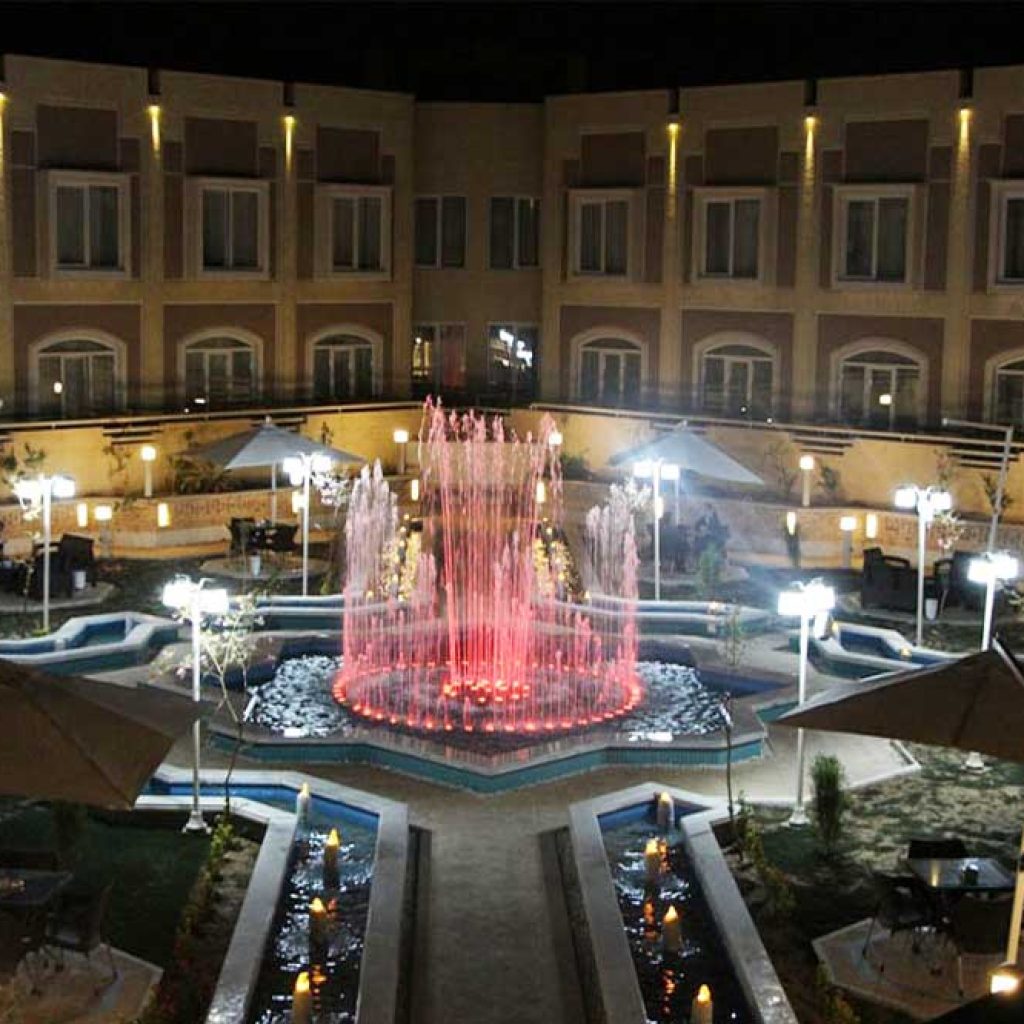