Anyone enchanted by the desert’s charm, will not be released until the end of his life.

This famous phrase was uttered by Dr. Alfons Gabriel – a late Austrian geographer and traveler. He had made numerous trips to Iran deserts and his most famous travelogue, “Crossing the Deserts of Iran” has been recently published. In Iran, there are different deserts, most of which are located in the center of the country. What do you know about Iran desert tours ? which deserts are suitable for tourism?

The desert, Sahara, Kavir or Kalout are scientifically different, and their differentiations depend on altitude, annual precipitation, the type of vegetation, amount of salt present in the soil and natural formations. In Iran, there are all types of deserts whose sand dunes, salt rivers, salt lakes, desert plants, birds and wildlife, attract thousands of tourists depending on the regional and climatic conditions. 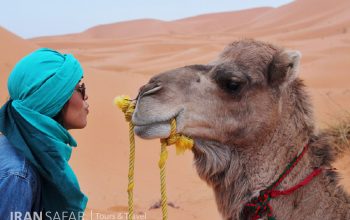 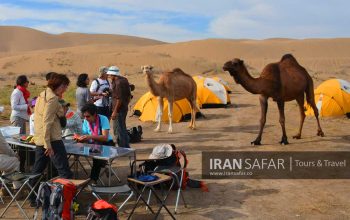 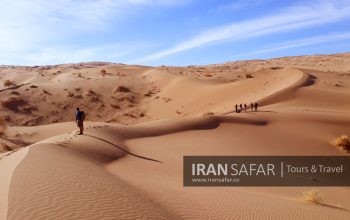 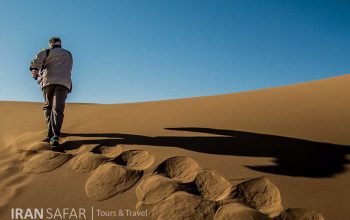 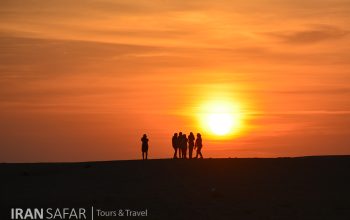 As mentioned, due to the hot dry climate of Iran, there are several desert plains in different parts of this vast country, so that a quarter of Iran is dedicated to desert areas. It should be noted that each of these deserts have different features and unique beauties in their hearts that will undoubtedly surprise any visitor with their unique landscape.
The well-known desert areas of Iran are divided in two main regions; both are among the hottest in the world:

One of the most popular deserts in Iran is  Mesr desert of Isfahan province, which is also called the Sand Sea and is 700 km away from Tehran. This desert with its natural beauties fascinates every tourist. The availability of entertainments such as camping, Night star watching, off-roading, motorcycling, camel riding, and dune travers, etc. makes traveling to Mesr desert more exciting.

Maranjab desert is located on the outskirts of Aran & Bidgol town in Isfahan province and is one of the most popular attractions in Kashan. This is the most visited desert in Iran due to its beautiful night sky, high sand dunes, rich vegetation and fauna. Attractions of this desert include walking on the sands, visiting the historical well of Dastkan and Shah Abbasi caravanserai, a visit to the salt lake, off-roading, and so on.

You can camp in this desert or stay at Shah Abbasi caravanserai and spend the night in the heart of a mesmerizing desert.

Rig-e Jenn (also Rig-e Jinn) is one of the spooky and mysterious deserts of Iran, which is located in the south of Semnan, southeast of Garmsar, west of Jandagh, north of Anarak and east of the Kavir national reserves.

It is interesting to know that many stories and legends about this desert have spread among the locals, all of which have been very effective in making it so popular. 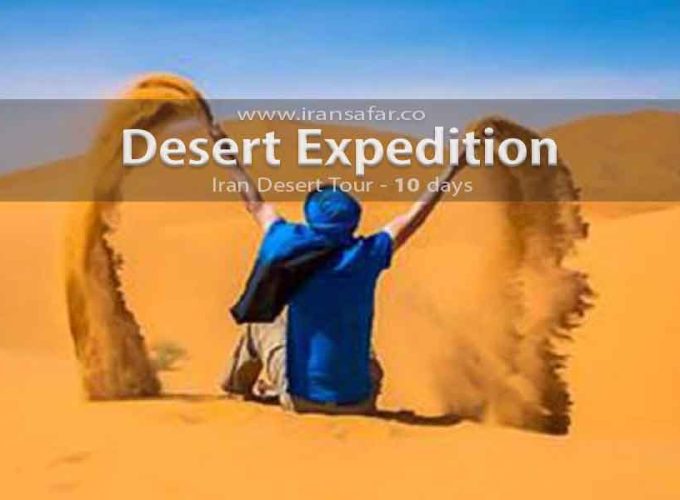