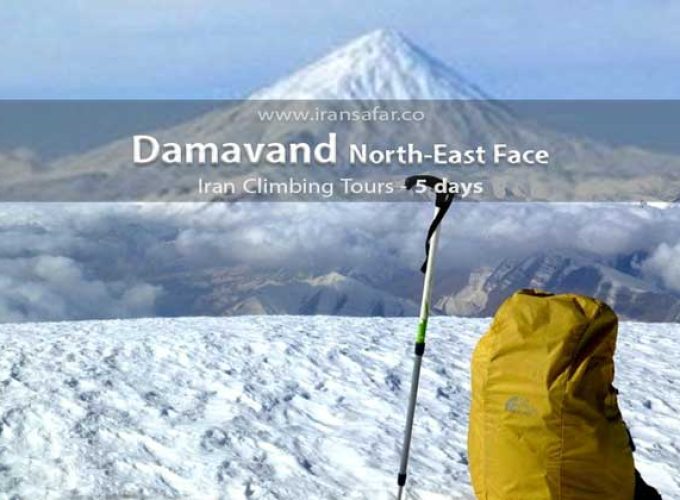 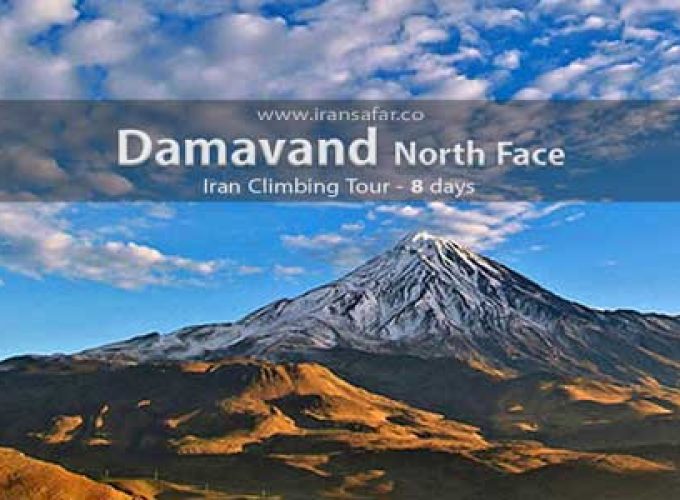 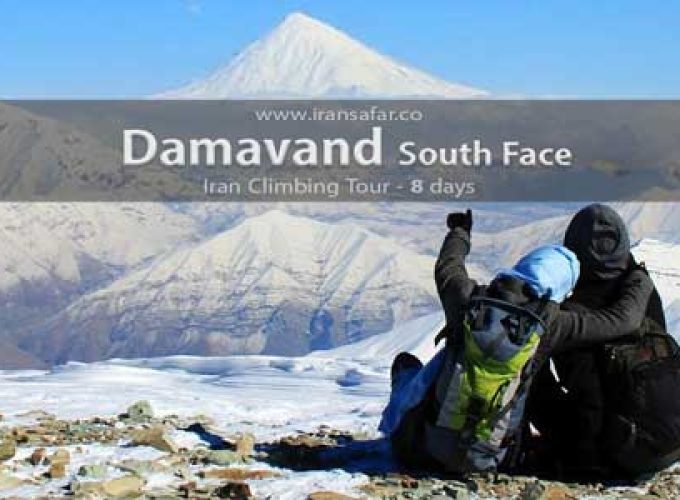 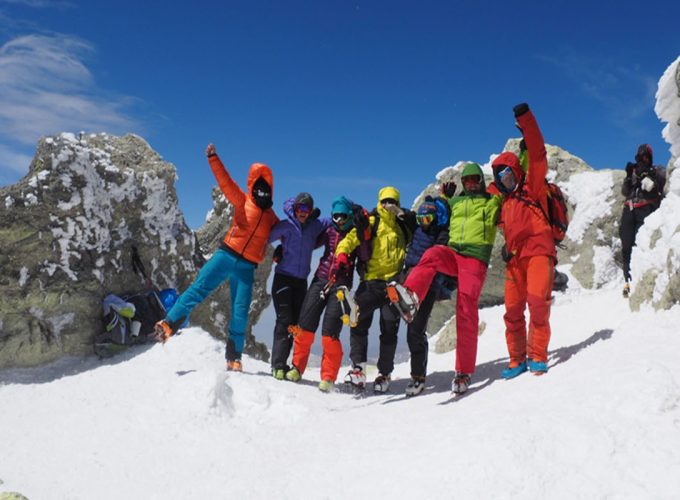 Iran offers dozens of high mountains many of which can be climbed by anyone fit without the need for special equipment. Some of these mountains are permanently snow-capped all year round. Early June to late August is the hiking season in Iran. More than 55% of Iran’s total area is mountainous. Therefore, Iran is a great place for mountain climbing, hiking, skiing, rock climbing, etc. Mountains of Iran are divided into 4 main zones: Alborz Range, Zagros Range, Central ranges and Eastern ranges of Iran. If you are interested in Iran mountains, there are lots of opportunities in Iran.

Where to Climb Mountains in Iran?

The magnificent Alborz and Zagros ranges contain about 70 peaks over 4000 m; the most notable ones are listed below:

Mt. Damavand (5610 m) located Northeast of Tehran, Iran’s highest and most famous peak with a medium level of difficulty to reach the summit.

Mt. Alam Kuh (4850 m) is Iran’s most technical peak with an 800 m almost vertical granite cliff on its most difficult northern face that make it a world-class challenge.

Mt. Sabalan (4811 m) Located in the northwest of Iran, this elegant soaring mountain is the country’s third highest peak after Damavand and Alam Kuh. It is also slightly higher than Mont Blanc.

Mt. Oshturan Kuh (4070 m) Too gentle for climbers, Oshturan Kuh is the most accessible peak of the great Zagros Mountains. It has an attractive crater lake near the summit and is ideal for trekking. 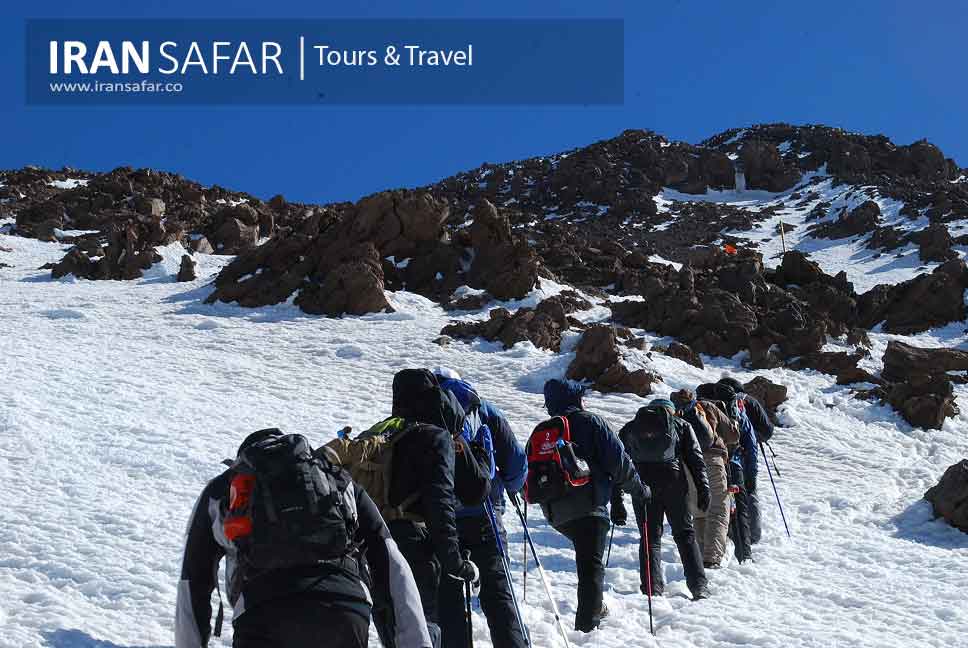 Located in the central part of Alborz mountain range, Mt. Damavand (5610m) is the most prominent natural feature of Iran looming majestically near the southern coast of the Caspian Sea. In terms of national divisions, the peak is located in Larijan county of Amol city, Mazandaran province. It can be seen from the cities of Tehran, Varamin, Qom, as well as the Caspian Sea coast when the sky is clear and sunny. Damavand is a dormant volcano with a iced-caped summit crater (400 m in diameter) that erupted for the last time 38,500 years ago, and it may happen again. It is the highest peak of Iran and Middle East and the highest if you travel from Europe eastward to Iran.

Mount Damavand was registered as the first natural monument of Iran on July 20, 2008. It is worth mentioning that this mountain was considered as a national natural monument in 2002 among four valuable areas in terms of environmental protection. Damavand can be easily reached via Haraz Road from Tehran.

Mt Damavand is visible far from 250km in a clear sky. Just below its crater there are few famous glaciers such as “Yakhar” and “Sioleh”. There are some hot springs on its lower slopes in Larijan county. Because of its great height, the view from top is very extensive, a big panorama of mountains and valley covering some hundreds of square Kilometers. All around are other peaks of the Alborz Mountain Range, in the north to the Caspian Sea plain and in the south descending to the deserts of central Iran.

✔ When to Go to Damavand?

Mid June to mid September is the best climbing season for Damavand. During this period the footpaths are usually free of snow and the weather is relatively mild. But in winter climbing is almost impossible due to low temperature and heavy winds.

✔ How to Go to Damavand?

There are at least 16 known paths to the summit which have different difficulty levels. The most popular one is the Southern Route which normally has a clear beaten track and also a base camp midway called Bargah-e Sevom Shelter at 4220m (about 13,845 ft). Most hikers prefer to climb from the classic South route. Ordinary mountaineering gears are enough for summer ascends to Damavand from south face.

There is also the North face track which is the hardest route and also North-East face track that requires professional skills.

✔ How long does it take to climb Mt. Damavand?

Depending on your physical condition and experience, it takes 3 up to 5 days to reach the summit. However some climbers reach the top in only two days, but it is not advisable if you haven’t climbed it before. The Damavand hike is not technically difficult (particularly in case of the South face), but the air gets pretty thin up there. Therefore, taking some time for proper acclimatization would be necessary; either with acclimatization hikes or by staying in a mountain shelter for an extra night.

Located in northern Iran, Alam-kuh is the second highest peak in Iran after Damavand Mountain. This beautiful mountain is considered as a symbol in the mountaineering  due to its special attractions such as glaciers, majestic northern cliff, and the beautiful area of ​​Hesarchal. In this article, we will deal with various topics around this peak, such as altitude, different ascent routes, tips, maps and other information.

The height of Alam Kuh peak is 4848 meters. Adjacent to this mountain is Shakhak peak at a height of 4780 meters. In general, according to the experts, about 35 to 40 peaks with heights above 4000 meters exist in Takht-e-Soleyman region.

When to Go to Alam-Kuh?

The best time to ascend Alam Kuh is Mid July to mid September. Autumn and winter of Alam Kooh are accompanied by heavy snow, storms and heavy avalanches, and this situation continues until the next spring.

How to Go to Alam-Kuh?

The ascent of Alam Kooh is possible from Hesarchal route or the Southern route through Kelardasht, Rudbarak, Vandarben. In order to reach the mountain foot at Tang-e Galou area, you have to cross a dirt road of about 20 km. The road to Vanderben’s area can be reached by car. But Vanderben’s road to Tang Galou is not suitable for riding. After Tang-e Galou, the hiking route to Hesarchal begins.

It takes about 2 to 3 hours at normal speed to reach Hesarchal. Most teams spend the night here and head to the summit next morning. Hesarchal is located at an altitude of approximately 3800 meters.

How long it takes to climb Alam-Kuh?

This ascent is normally performed in 2 days. Off course, one day ascent via Hesarchal route to Alam Kuh peak would be feasible if the climber is fit and well acclimatized. The starting point Tang-e Galou is about 3200 meters high, so you have to hike 1650 meters higher to the top. The length of this route is approximately 8 km. If the team is acclimatized, climbing this route would be done in one day.