While traveling to Iran, you will be welcomed by a wide range of delicious delights including some of the most popular Iranian dishes such as Kebabs, Caviar, Pickles, Smoked fish, Samboose, Falafel, Shrimp, Ash. Saffronice cream which blink at you!
Just take a look at the vast map and geography of Iran, you will find out where the origin of this unique variety is! The existence of several different climates adds to the variety of Iranian cuisine. In addition, the Achaemenid and Persian Empire once encompassed the entire territory of the present state of Iran and its neighboring countries, and day by day more lands were seized. Also the great and important Silk Road passed through Iran, as a result many other people from different nationalities passed through this country. Together, these facts have influenced Iranians to create a rich and unique food culture.

These are the words of American chef “Louisa Shafia” and the owner of an Iranian restaurant in Manhattan, New York. She has just published a book titled “The New Persian Kitchen”, which describes a range of Iranian dishes with their recipes. Below we will see the most popular Iranian dishes according to this American chef :

Fesenjan is a symbolic and integral part of Iranian cuisine at wedding ceremonies and ceremonial parties – a delightful blend of pomegranate paste and chicken or duck meat.
Onions, walnuts and chicken are slowly cooked together with pomegranate paste to produce a thick dark brown sauce. Saffron and cinnamon are sometimes used to flavor the dish, and sometimes they add a little sugar to balance the taste.
It is interesting to know that Fesanjan Stew has a long history. Archaeologists have found inscriptions in the remains of Persepolis, the ancient capital of the Achaemenid Empire, some of which were related to the raw materials of the Empire’s kitchen. One of these inscriptions shows pomegranates, poultry meat and walnuts, all of which are the three main ingredients in Fesenjan stew.

A red and golden eggplant stew cooked with tomatoes and turmeric is one of the most popular Iranian dishes. First of all, you can taste a bit sour and sharp with tomato juice, lemon juice and sometimes Verjuice taste.
This stew is made with fried eggplants and beef in a tomato based sauce. To cook the eggplants, first fry them in the oil or grill and then cook with lamb, onions, tomatoes, water and spices. Eggplant is thick like all Iranian stews and usually served over Persian rice or with a special Persian bread called Lavash, but you can serve it with pita bread or crackers too.

In Iranian cuisine, they often cook rice with butter and saffron, which is then called “Chelo”. But sometimes they cook rice with other ingredients such as beans, vegetables, nuts, fruites, meat and call it Polo. One of the varieties of rice is the Baghala Polo which is very popular in the spring season, as the Fava beans (Baghala) are fresh and very good for cooking.
If you are served with a dish of Baghala Polo, the green color will be the first notable thing. This dish is usually served with lamb meat, lamb shank, and sometimes with roasted or cooked chicken. A good Baghala Polo is always accompanied by a soft fragrance of saffron!

Iranians love sweet & sour or strong sour flavors, so it is not surprising that cranberries and barberry are listed among the raw ingredients of Iranian cuisine. Other raw materials used for Iranian sour dishes and soups include green plum, rhubarb, bitter orange, fresh lemon, dried lemon, tamarind, cherry, sumac and pomegranate.

Barberry Polo, this Persian classic dish, is packed with red barberries (Zereshk) that have been dried before fried. Rice (Polo) is cooked with lots of butter to help soften and flavor the barberry. The chicken (Morgh) is the main component of this recipe and it is cooked separately in a tomato saffron sauce, so it is easy to make in large amounts; the same goes for the rice.
This is one of the mixed rice dishes that you will find everywhere in Iranian restaurants as well as weddings and most festive celebrations.

Vegetable Stew (Ghormeh Sabzi) is one of the most delectable and popular Iranian dishes that almost every Iranian loves. This stew is a mixture of aromatic vegetables such as parsley, leeks and coriander cooked with red beans and lamb. In addition, sour flavor would be supplied by Omani lemon (Dried Lemon). One of the unique flavors comes from fenugreek which is a new and unfamiliar taste for many westerners.
The secret to a delicious Iranian vegetable Stew is the time it takes to cook slowly on a low flame.

Ash Reshteh is a kind of thick soup with a dense texture of Noodles. It is a delicious blend of beans, herbs and leafy vegetables such as spinach and Swiss chard. Before serving, they are topped with fried onions, fried mint and curd. Curd is similar to concentrated buttermilk produced in Central Asia. To make the onion and mint dressing, just fry them in the hot oil separately and put them on top of the dish before you serve it. It is interesting to know that the special noodle used in this dish has come a long way from eastern Asian cultures and has reached Iran, which in Iranian culture is a symbol for different ways of life.

Ash Reshteh has long been associated with Iranian culture and life. In the past, Iranian families cooked this soup in occasion of a family member’s long journey, to symbolize the goodwill and good wishes for the traveler. On the other hand, because of the nutritional value of used raw materials that are considered auspicious in the Iranian culture, people also cook Ash Reshteh in occasion of Nowruz and New Year’s Eve.

Undoubtedly Tah Dig is the soul of Iranian cuisine! It is a crispy, greasy golden layer of rice that is fried on the bottom of the pot and has a similar taste to pop-corn and potato crisps.
Tah Dig meaning (the bottom of the pot), this delicious, golden portion never comes on the menu of restaurants, and if you want it, you should ask them. Some restaurants, though, offer their own Tah Dig as a fancy side dish. Rice Crisp is one of the most popular parts of the food, particularly for children.

Tah-dig, the crispy  bottom of the rice

Iranian kebabs are more diverse than you might think. First of all, go for Minced Kebab, which is made of red meat, chopped onions, salt and pepper. It may sound simple, but its taste is unique. Then there’s the Barg Kebab, which is thin slices of lamb or beef, marinated in lemon juice, onions, saffron and butter. Chicken Kabab or “Jujeh Kabab” are usually roasted on fire after marinating chicken in lemon juice, onions and saffron. You’d better order it on bone.
If you are lucky enough, you can also find a “Jigaraki” shop and enjoy a liver Kebab with fresh basil and Lavash bread.

Tah-chin, also spelled as Tahchin is a glorious savoury rice cake from Iran consisting of rice, chicken, yogurt, saffron, and eggs. Some versions of Tah-chin are more elaborate, mixed with nuts such as almonds, also barbberies. The name refers to the layering of chicken and rice, which is then baked until it has a crisp base, called Tah-dig. It’s best to use a nonstick pan in an oven, because it helps in getting that crisp, and golden exterior. Tahchin is composed of two different parts: the thin and crispy Tah-dig part and the soft rice mixed with the chicken fillets, saffron, and other ingredients.

Also known as “Abgoosht” which literally means “meat broth” is essentially a stew made up of lamb and chickpeas with a tomato base. It is traditionally served in a stone dish called a dizi – from which the name of dish comes from. Iranian traditional restaurants still use these stone dishes for this food. Dizi dates back to hundreds of years ago.This high-calorie food, which is a good source of protein, is more common and preferred in winter. It would be originally made with lamb and chickpeas only before tomatoes and potatoes were introduced to Iranian cuisine and developed the recipe.

Meat and beans are the major ingredients of Dizi, but in some areas locals may add different things to the recipe based on their tastes. For example, in northern parts of Iran, garlic, and in Kerman province, people may add caraway for seasoning. 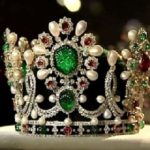 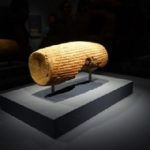 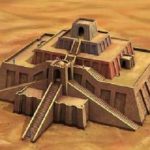 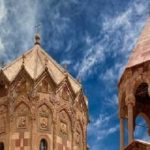