Sufism is a belief that is intertwined with religion, and proponents of Sufism believe that this is the best way to understand the reality of God, and one can reach his ultimate and desired goal only after contemplation, thinking, experience, observation, and through some dedicated practice.

History of Sufism in Iran

This Islamic mysticism order often referred to as the internalization and intensification of Islamic faith and practice. Sufis strive to constantly be aware of God’s presence, stressing contemplation over action, spiritual development over legalism, and cultivation of the soul over social interaction. In contrast to the academic exercises of theology and jurisprudence, which depend on reason, Sufism depends on emotion and imagination in the divine-human relationship.
There are various opinions about the origin of Sufis. Some have said that it originated in the Islamic community from the first half of the 8th century AD, but the most correct is that it was founded in the late 7th century by a man called Hassan Basri.

The first person to formally known as a Sufi was Abu Hashim Kufi, though the birth of such a process was initiated by a person named Hassan Basri many years earlier. Sufism was initially a kind of exaggerated and excessive asceticism; a violent one that also carried over with overwhelming worship, solitude, and abandonment.

Islamic scholars and religious leaders of the time, from the very beginning opposed this kind of Sufism because of its incompatibility with the spirit of the pure Islam and explicitly rejected this process and its leaders. Some modern observers have proclaimed the effective end of the Sufi orders, claiming that mystical religious experience and modernity are incompatible. Politically minded Muslims have made Sufism the scapegoat for Islam’s alleged backwardness in comparison with the West, claiming that Sufism, as the religion of the common people, embodied superstition and un-Islamic elements adopted from local cultures.

Eradication of Sufism was believed necessary in order for Islam to reclaim its birthright, including modern science and technology. However, by the end of the twentieth century, it was clear that Sufi orders remained a dynamic part of the religious life of the Islamic world and were active in the expansion of Islam in both rural areas and modern societies in the West and among the modernized intellectual elites within the Muslim world. Sufi organizations provide social cohesion in an increasingly mobile society, emphasizing communal activities such as dhikr. They have helped to shape responses to the challenges to Muslim faith in the modern era by providing organizational bases for activist reformist programs and modern-style political parties. They have assisted in developing modernization programs and providing a framework for Islamic communal identity in the face of official efforts to suppress religion. Popular participation in Sufi gatherings and support for various types of tariqahs remain high throughout the Muslim world. Estimates of membership in Sufi orders in Egypt alone are in the millions, in contrast to the hundreds or thousands in the more militant Islamic revivalist organizations.

Hafez or Hafiz, full name Shams al-Dīn Muḥammad Ḥāfiẓ, (1326, died 1389/90, Shīrāz), is one of the most famous poets of Iran.
Ḥafeẓ received a classical religious education, lectured on Qurʾānic and other theological subjects (“Ḥāfeẓ” means the one who has learned the holy book of Qurʾān by heart), and wrote commentaries on religious classics. In his poetry there are many echoes of historical events as well as biographical descriptions of his life in Shiraz. One of the guiding principles of his life was Sufism, the Islamic mystical movement that demanded of its adherent’s complete devotion to the pursuit of union with the ultimate reality.

Ḥafeẓ’s principal verse form, one that he brought to a perfection never achieved before or since, was the Ghazal (a sort of Sonnet), a lyric poem of 6 to 15 couplets linked by unity of subject and symbolism rather than by a logical sequence of ideas. Traditionally, the ghazal had dealt with love and wine, motifs that, in their association with ecstasy and freedom from restraint, lent themselves naturally to the expression of Sufi ideas. Ḥafeẓ’s achievement was to give these conventional subjects a freshness and subtlety that completely relieves his poetry of tedious formalism. An important innovation credited to Ḥafeẓ was the use of the ghazal instead of the Qaṣidah (ode) in panegyrics. Ḥafeẓ also reduced the panegyric element of his poems to a mere one or two lines, leaving the remainder of the poem for his ideas. The extraordinary popularity of Ḥafeẓ’s poetry in all Persian-speaking lands stems from his simple and often colloquial though musical language, free from artificial virtuosity, and his unaffected use of homely images and proverbial expressions. Above all, his poetry is characterized by love of humanity, contempt for hypocrisy and mediocrity, and an ability to universalize everyday experience and to relate it to the mystic’s unending search for union with God. His appeal in the West is indicated by the numerous translations of his poems. Ḥāfeẓ is most famous for his Divan; among the many partial English translations of this work are those by Gertrude Bell and H. Wilberforce Clarke.

Some of the most important artistic aspects of Hafiz’s poetry are:

1- Mystery and presence of rich symbolism
The presence of mystery and symbolism in Hafez’s poetry has made them a house of mystery and has given it many facets. Above all, his poetry resembles a mirror that reflects the face of its audience, whether due to the presence of symbols created by Hafez in his poems or to revive the forgotten symbols that already existed in traditional Persian poetry. The themes of the poets of the past have been expressed in the best way by Hafez and often better than their own. Whether the themes of the Arab poets or Persian poets before him like Saadi or his contemporary poets like Khadju Kermani and Salman Savoji which sometimes took these themes  from them and processed them more beautifully than their own words.

2- Power of Imagery
One of the hallmarks of Hafiz’s poetry is the power of imagery, and this is one of the things that have been less discussed.
The imagery in Masnawi is easy and possible. So you see Ferdowsi’s portrayal in Shahnameh, and especially Nezami in his Masnawi books, which beautifully illustrates nature. This is not an easy task in a Ghazal (sonnet), especially when the sonnet must have an understandable and eye-opening. The image in Hafez’s poetry with its specific meanings, is something like a miracle.

3- The passion
Another feature of Hafez’s poem is the preservation of passion. Hafez’s poetry is a passionate and exciting poem. Unlike his predecessor whose poetry in some of forms may also have dominant lethargy, Hafez’s Poetry is dynamic, passionate and enthusiastic. Most of his poems are all about movement and excitement, and have no resemblance to the poetry of a spiritless hermit. This is a famous poem that is the beginning of his Divan

O’ beautiful wine-bearer, bring forth the cup and put it to my lips
Path of love seemed easy at first, what came was many hardships

4- Succinct and comprehensive
Being succinct and comprehensive, is another characteristic of Hafiz’s poetry. Except for some verses and sonnets that are often found to be related to his own life situations or praising rulers of time, one cannot say that in a single sonnet, if this verse did not exist, it would have been better; what you can easily do with lots of other poets.

The tomb of Hafez is located in the city of Shiraz, in Hafizieh, a place full of the aroma and beauty of flowers, mixed with the passion of his poetry. Today, it is one of the major tourist attractions which also appeals enthusiasts of Hafez’s thought from around the world to come and pay homage to this master of poetry. For most Iranians, visiting Hafizah is equal to Ziarat meaning pilgrimage, which is mostly used for sacred places. This clearly indicates the high position and sacred figure of Hafiz for Iranian people.

In fact, one cannot travel to Shiraz and leave this beautiful city without visiting the tomb of the great poet of the 14th century, Hafez Shirazi. You may be interested to know that the current design of the mausoleum has been implemented and suggested by famous  French architect called Andre Godar in 1936. 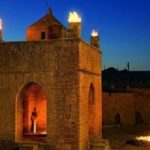 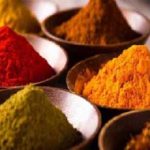 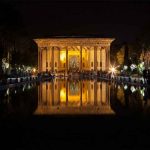 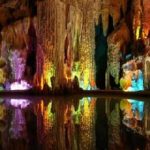 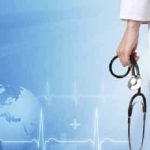 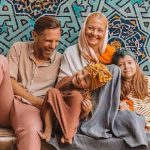