At its recent meeting (17 December 2020), UNESCO officially registered Miniature Art on the List of the Intangible Cultural Heritage of Humanity.

The miniature art in Iran dates back to pre-Islamic times, and even before the Sassanid era.
Iranians have long been known for painting and depicting beautiful images. Even before the images were drawn on paper, papier-mâché, textile or wood, beautiful patterns were created on Persian carpets, Gilims and other materials. Unfortunately, to date, we do not have specimens that appeared on paper or leather that were created in pre-Islamic times, but historical documents and narrations indicate the existence of Iranian miniature art among Iranians since more than a thousand years ago. 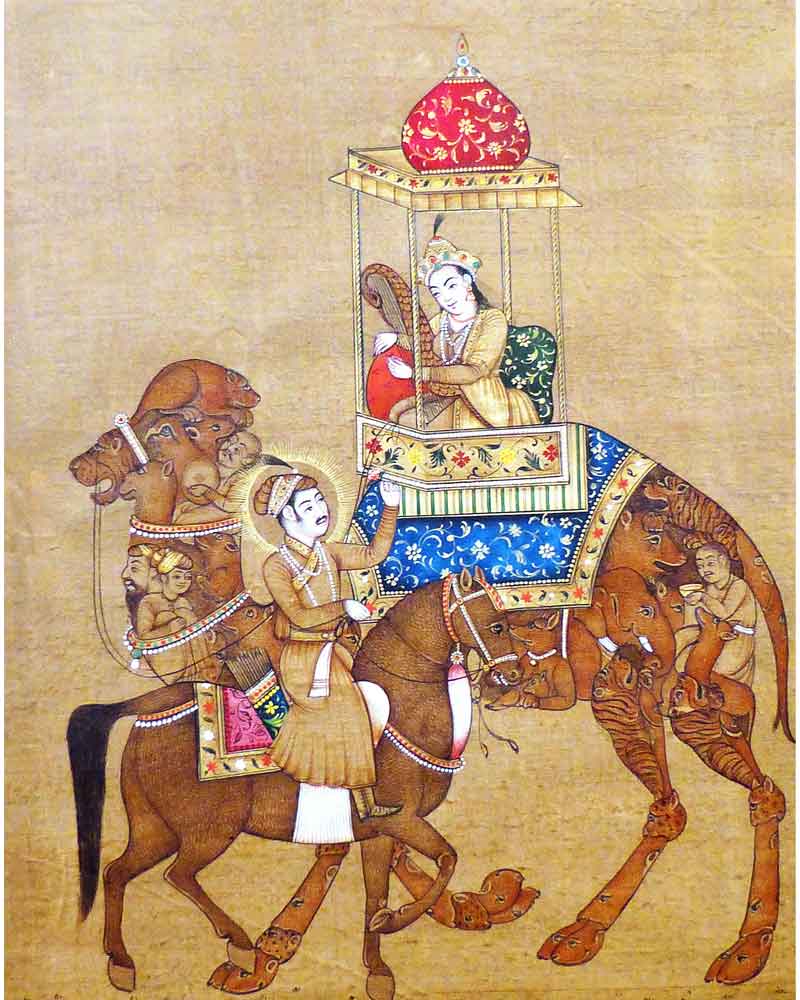 papier-mâché PERSIAN MINIATURE, 19th century – Prince offering a rose to a lady riding on a camel composed of numerous other animals and human figures.

What exactly is Intangible Heritage?
Intangible cultural heritage, made up of all immaterial manifestations of culture, represents the variety of living heritage of humanity as well as the most important vehicle of cultural diversity. Intangible heritage was only officially defined about 15 years ago even though we had questioned how to classify and quantify the value of skills, knowledge and other intangible but revealing cultural elements since the 1970s. For many years, intangible heritage was assimilated into and limited to folklore, but it recovered its prestige following the drafting of a definition by UNESCO during its Convention for the Safeguarding of the Intangible Cultural Heritage in 2003. The definition now places intangible heritage on the same level as other kinds of cultural heritage. Using this starting point, it falls on the various levels of government (national, provincial, regional, cities, towns and villages) to recognize and showcase the significant elements of intangible heritage.

The cultural heritage of Iran is as extensive as a vast empire that once stretched from western China to Eastern Europe and from the Caucasus Mountains to the shores of the Persian Gulf. The countries that today have jointly registered this art along with Iran, were once part of a single nation. The cultural heritage of the tribes living in these countries today has much in common.
Iran, Turkey, the Azerbaijan Republic and Uzbekistan had jointly presented the case of Miniature Art to the Intergovernmental Committee for the Safeguarding of the Intangible Cultural Heritage of the United Nations’ Educational, Scientific and Cultural Organization (UNESCO)

What is Miniature Art?

The miniature Art is a type of two-dimensional artwork that involves the design and creation of small paintings on books, papier-mâché, rugs, textiles, walls, ceramics and other items using raw materials such as gold, silver and various organic substances. According to most scholars, this art was born in Iran and later spread to China where it evolved and returned to Iran during the Mongol period.  After the Arab invasion of Iran, the occupying rulers forbade the depiction of human figures and animals for almost three centuries. During this period, Persian artists continued their job by decorating pottery, books, and gradually images of animals, birds, and humans returned to Iranian painting. Persian miniature painting started to blossom under Ilkhanid patronage in the 13th century, when great focus was put on illuminating and illustrating the books. During the Safavid period, the art of Iranian painting reached its zenith and masters such as Hossein Behzad and Reza Abbasi left mesmerizing works. Different artistic styles emerged in different parts of Iran and attracted many Artists of the time. According to some research, this art did not undergo significant changes after Safavid period, but in the present era, we are witnessing great differences in the works of Master Farshchian, which some believe has added depth to this two-dimensional art. 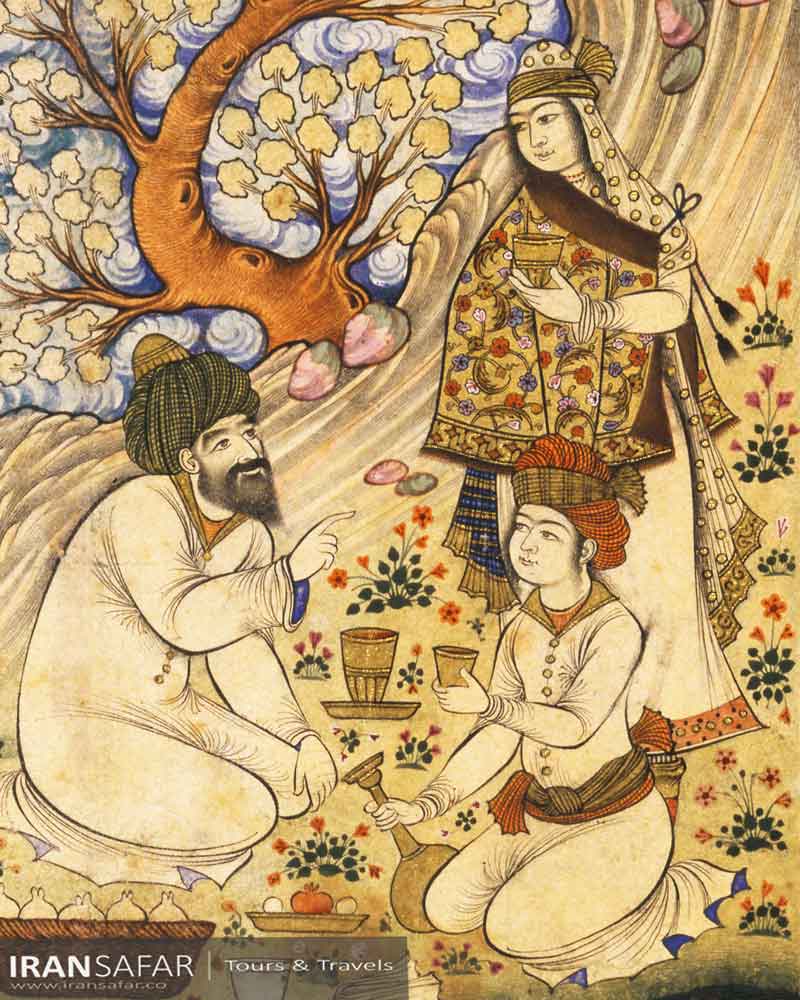 Historically, the miniature was exemplified by book painting in which the text was decorated, but the element has evolved and can also be observed in architecture and as an adornment in public spaces. The patterns of the miniature represent beliefs, worldviews and lifestyles in a pictorial fashion and also gained a new character through the Islamic influence. While there are stylistic differences between them, the art of miniature as practiced by the submitting States Parties shares crucial features. In all cases, it is a traditional craft typically transmitted through mentor-apprentice relationships (non-formal education) and considered as an integral part of each society’s social and cultural identity. The miniature displays a specific type of perspective in which the size of the figures changes according to their importance – a key difference from realistic and naturalistic styles. Though it has existed for centuries, it continues to develop and thus strengthens the bonds between past and present. Traditional painting principles and techniques are preserved, but artists also bring individual creativity into the process.

In order To fully answer the question of what is Persian miniature art, we definitely have to discuss its features. There are some common features in Persian miniature painting that stood firm throughout its long history. First, the even light and lack of shadow. Second, almond-shaped eyes. Third, the three-quarter and round faces, simultaneous spaces and time, as well as non-perspective images. In addition to that, other common features also stood out, for instance, the size and level of detail. Classically, a Persian miniature also features accents in gold and silver leaf, along with a very vivid array of colors. To illustrate, these paintings are quite small, but they feature rich, complex scenes which can occupy a viewer for hours.

As a major reference of World Cultural Heritage, UNESCO list covers tangible and intangible cultural heritage properties of different nations. Iran has already gained several inscribed ones in the list and many more still pending.