Most Iranians are Muslims. Around 89% belong to Shi’a branch of Islam, the official state religion, and about 9% belong to the Sunni branch of Islam. The remaining 2% are non-Muslim religious minorities, including Zoroastrians, Jews, Christians, Mandeans, Hindus, and Yarsanis . The first three minority religions in Iran are officially recognized and protected, and have reserved seats in the Iran parliament.

Zoroastrianism was once the majority religion in Iran, though today Zoroastrians number only in the tens of thousands. Iran is home to the largest Jewish community in Muslim World, there exist Christians as well.
Iran is an Islamic republic and its constitution mandates that the official religion of Iran is Islam and the Twelver Ja’fari school. The constitution also mandates that other Islamic schools be accorded full respect, and that their followers are free to act in accordance with their own jurisprudence in performing their religious rites and recognizes Zoroastrian, Jewish, and Christian Iranians as religious minorities.
After the Persian Constitutional Revolution, the Constitution of 1906 provided for reserved Parliamentary seats granted to the recognized religious minorities, a provision maintained after the 1979 Iranian Revolution. There are 2 seats for Armenians and one for each other minority: Assyrians, Jews and Zoroastrians. Sunni members of parliament are mostly from areas with strong Sunni ethnic minorities like Baluchistan.

Islam has been the official religion and part of the governments of Iran since the Islamic conquest of Iran circa 640 AD. It took another few hundred years for Shi’a Islam to gather and become a religious and political power in Iran. Although Shi’as have lived in Iran since the earliest days of Islam, and there had been Shi’a dynasties in parts of Iran during the 10th and 11th centuries, according to Mortaza Motahhari the majority of Iranian scholars and masses remained Sunni till the time of the Safavids.

Today Islam is the religion of 98% of Iranians of which approximately 89% are Shi’a – almost all of whom are Twelvers. The next largest Shi’a group are the Nizari Ismailism Shi’a, sometimes called Seveners, some of whom fled Iran to South Asia, especially Mumbai, in the 1840s after a failed coup against the Shah of the Qajar dynasty. Many still remain scattered throughout Iran,The Shi’a groups have distinctions between Fiver, Sevener and Twelver, derived from their belief in how many divinely ordained leaders there were who are descendants of the Islamic prophet Muhammad through his daughter Fatimah and his son-in-law ‘Alī. These Imams are considered the best source of knowledge about the Qur’an and Islam, the most trusted carriers and protectors of Muḥammad’s Sunnah (habit or usual practice) and the most worthy of emulation. In addition to the lineage of Imams, Twelvers have their preferred hadith collections – The Four Books – which are narrations regarded by Muslims as important tools for understanding the Quran and in matters of jurisprudence. For Twelvers the lineage of Imams are known as the Twelve Imāms. Of these Imams, only one is buried in Iran – at the Imam Reza shrine, for Ali ar-Ridha who lived from 765 – 818 AD, before any Shi’a dynasties arose in Iran. The last Imam recognized by Twelvers, Muhammad al-Mahdi, was born in 868 AD as the Alavids spread their rule in Iran while in conflict with Al-Mu’tamid, the Abbasid Caliph at the time. Several Imams are buried in Iraq, as sites of pilgrimage, and the rest are in Saudi Arabia. In addition two of the Five Martyrs of Shia Islam have connections to Iran – Shahid Thani (1506–1558) lived in Iran later in life, and Qazi Nurullah Shustari (1549–1610) was born in Iran. The predominant school of theology, practice, and jurisprudence (Madh’hab) in Shi’a Islam is Jafari established by Ja’far as-Sadiq.

Sunni Muslims are the second largest religious group in Iran.it came to rule in Iran after the period Sunni were distinguished from Shi’a through the Ghaznavids from 975 AD, followed by the Great Seljuq Empire and the Khwārazm-Shāh dynasty until the Mongol invasion of Iran.
About 9%of the Iranian population are Sunni Muslims – mostly Kurds in the northwest, Arabs and Balochs in the southwest and southeast, and a smaller number of Pashtuns and Turkmens in the northeast.
The predominant school of theology and jurisprudence (Madh’hab) among Sunnis in Iran is Hanafi, established by Abu Hanifa an-Nu‘man.

The Safavid sufi order, originates during the Safavid period. A later order in Persia is the Chishti. The Nimatullahi are the largest Shi’i Sufi order active throughout Iran and there is the Naqshbandi, a Sunni order active  in the Kurdish regions of Iran. The Oveyssi-Shahmaghsoudi order is the largest Iranian Sufi order which currently operates outside Iran.
Famous Sufis include al-Farabi, al-Ghazali, Jalāl-ad-Dīn Rūmī and Hafiz. Rumi’s two major works, Dīwān-e Šams and Maṭnawīye Ma’nawī, are considered by some to be the greatest works of Sufi mysticism and literature. 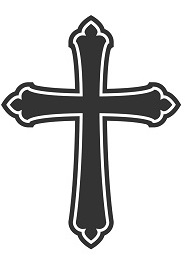 Christianity in Iran has had a long history, dating back to the very early years of the faith. And the region is thought to have affected Christianity as well with perhaps the introduction of the concept of The Devil.
There are some very old churches in Iran, perhaps the oldest and largest is Tatavous Vank ( St.Tatavous Cathedral), which is also called the Ghara Kelissa (the black monastery) south of Makou city. By far the largest group of Christians in Iran are Armenians under the Armenian Apostolic Church composing over 200,000 of the estimated almost 300,000 Christians. There are hundreds of Christian churches in Iran.
The Armenian church is organized under Archbishop Manukian since at least the 1980s. Unofficial estimates for the Assyrian Christian population range between 10,000 and 20,000. Christian groups outside the country estimate the size of the Protestant Christian community to be fewer than 10,000, although many may practice in secret.
Christianity has always been a minority religion, overshadowed by the majority state religions, Zoroastrianism in the past, and Shia Islam today.
Christians of Iran have played a significant part in the history of Christian mission. While always a minority the Armenian Christians have had an autonomy of educational institutions such as the use of their language in schools.
The Government regards the Mandaeans as Christians, and they are included among the three recognized religious minorities; however, Mandaeans do not consider themselves. 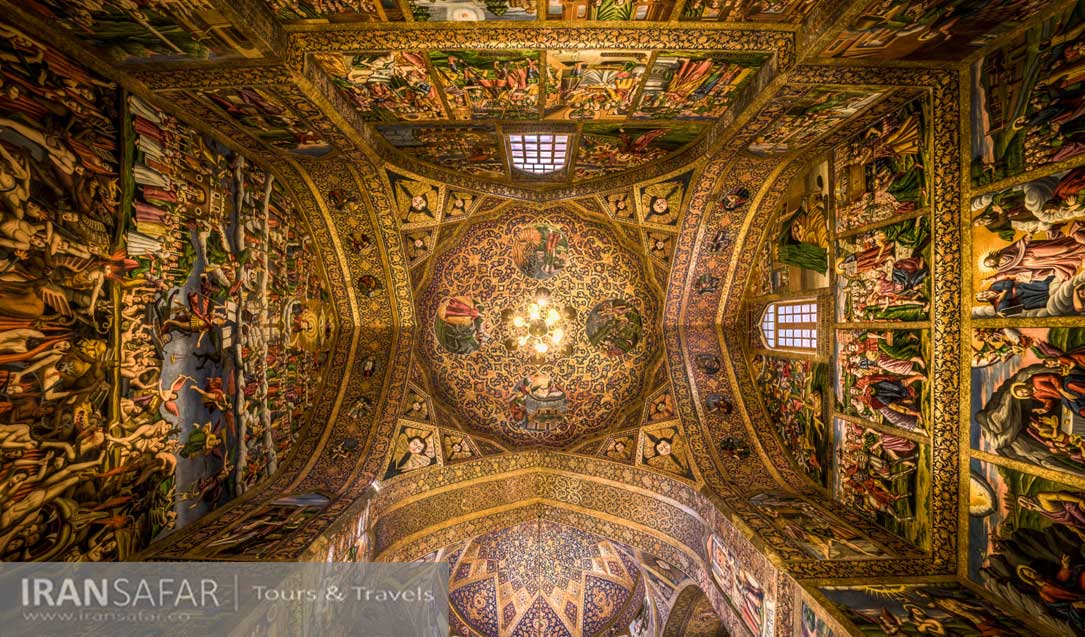 Zoroastrians in Iran have had a long history reaching back thousands of years, and is the oldest religious community of Iran to survive to the present-day. Prior to the Muslim Arab invasion of Persia (Iran), Zoroastrianism had been the primary religion of Iranian people. Zoroastrians mainly are ethnic Persians and are concentrated in the cities of Tehran, Kerman, and Yazd. The Islamic Republic government estimates the number of Zoroastrian is 20,000, Zoroastrian groups in Iran say their number is approximately 60,000.
Since the fall of the Sassanid Zoroastrian empire by the Arab conquest of Persia Zoroastrians have periodically faced some religious oppression that has led to a massive diaspora community across the world, in particular the Parsis of India, who number significantly higher than the Zoroastrians in Iran. 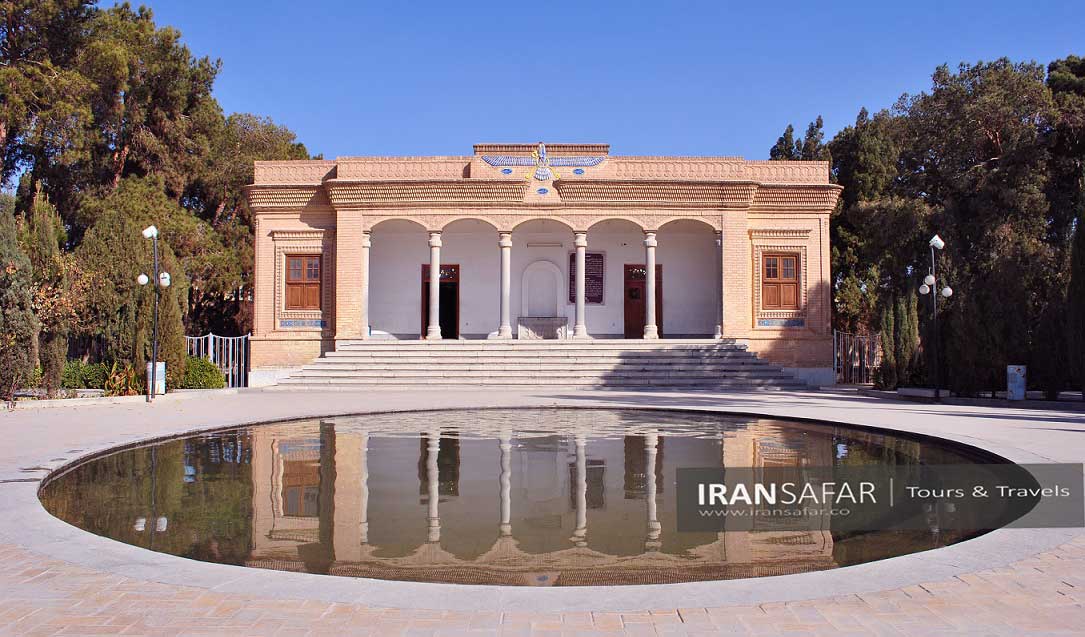 Judaism is one of the oldest religions practiced in Iran and dates back to the late biblical times. The biblical books of Isaiah, Daniel, Ezra, Nehemiah, Chronicles, and Esther contain references to the life and experiences of Jews in Persia.
Iran supports by far the largest Jewish population of any Muslim country, estimated to be 25,000, though estimates vary, as low as 11,000  and as high as 40,000. Emigration has lowered the population of 75,000 to 80,000 Jews living in Iran prior to the 1979 Islamic revolution. According to The world Jewish Library, most Jews in Iran live in Tehran, Isfahan (3,000), and Shiraz. BBC reported Yazd is home to ten Jewish families, six of them related by marriage, however some estimate the number is much higher. Historically, Jews maintained a presence in many more Iranian cities. 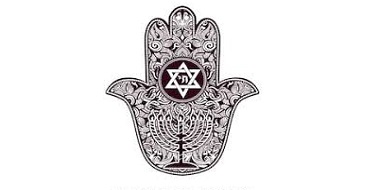 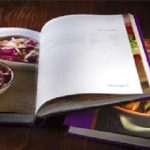 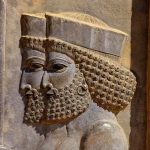