The city of Zanjan, located 320 km from Tehran on the way to Tabriz, lies on an open valley about halfway along the main road and railway to Tabriz. With a present day population of 300.000, the construction of the city is attributed to Ardeshir I, the Sasanian king. Zanjan is administratively divided into three parts: the central part (the city itself), and two districts outside the city called Mahanshan and Tarom-e-olya. Sultaniyeh is the most important UNESCO site in Zanjan.

the construction of the city dates back to the Sasanian empire. Conquered by the Muslims in the 7th century, obliterated by the Mongols and by Tamerlane during the 13th and 14th centuries, and having a vivid record in civilization, culture, arts and sciences, the city is now the center of an agricultural zone with abundant wheat crops. Industries produce milled rice and flour, hand-woven cloth, metal ware, and carpets.

What to see in Zanjan

Here is a list of main attractions in Zanjan:

The Oljeitu Mausoleum was founded in the early 14th century in the city of Sultaniyeh, which was once the capital of the Mongolian Ilkhanid dynasty.
Soltaniyeh is one of the best known examples of Persian architectural achievements and is an important monument in the development of Islamic architecture. This octagonal building is surmounted by a majestic dome 50 m high, covered with turquoise tiles and surrounded by eight minarets with a slender silhouette. This structure is the oldest existing example of a double dome in Iran. The decoration inside the mausoleum is also admirable and specialists have described this building as a “precursor of the Taj Mahal”. 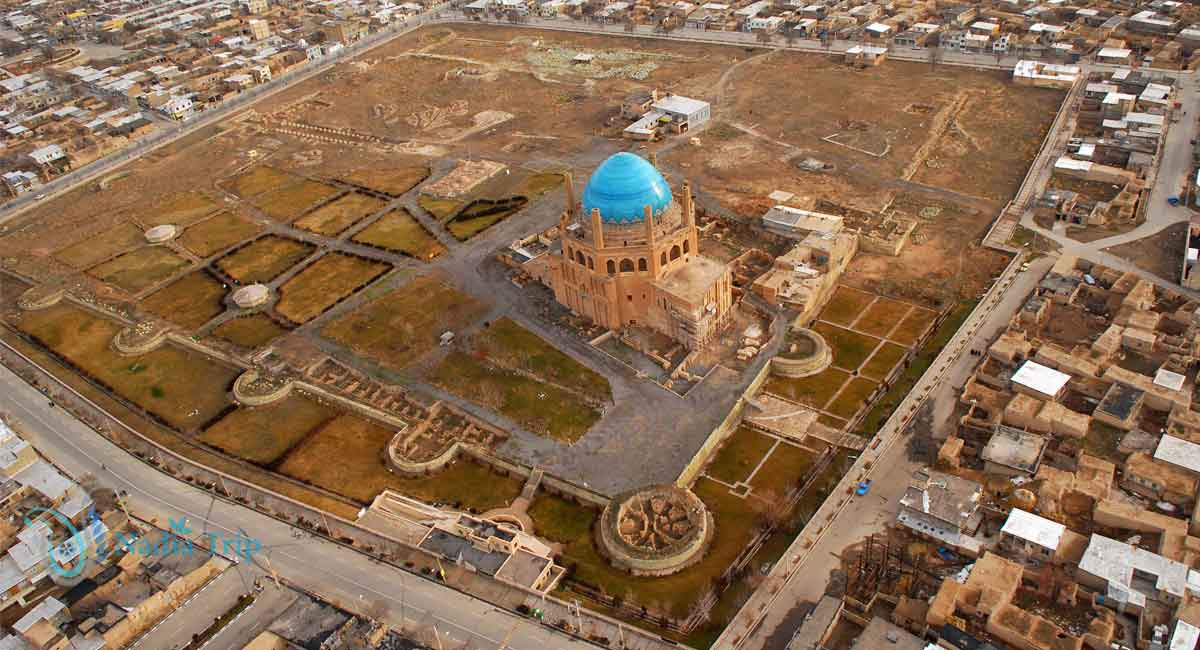 Zanjan washhouse is a large building located in the city center dating back to the end of the Qadjar period and the beginning of the Pahlavids. Built in a very populated area, this building currently houses the Zanjan Anthropology Museum, where mainly local objects from the period, including clothes, jewelry and tools, are on display.
Originally, this “Rakhtshooi khane” was mainly used by women as A laundry room for washing the clothes. Nowadays, every house is usually equipped with appliances such as a washing machine and dryer, and a large washbasin for washing hands and softer clothes.
In terms of type of use, no other building can be found in Iran that can be used only for washing clothes.

The building was built by two brothers for public use and was accessible 24 hours a day, and no money was received from citizens for its use. As the city of Zanjan usually goes through cold and harsh winters which makes it more difficult for women to wash the clothes, the wash house was really a good help for those living in Zanjan.

Museum of the salt men

Zolfaqari house or the museum of the salt men is an edifice belonging to the Qajar dynasty where some men naturally embalmed after getting stuck in a salt mine during Sassanian era can be visited, these men were discovered accidentally during an excavation operation in one of the mines of Chehr’aabaad in Mahanshan of Zanjan, and emerged from the depth of a mine. Boots, leg and the head of one of these mummified figures is kept in the national museum of Tehran.
There are also some collections of pottery and glassware in this museum. It is highly recommended to visit this museum while you are in Zanjan.

museum of the salt men

Katale Khor is a beautiful cave located 120 km south Zanjan and about 410 km from Tehran. The name, Katale Khor, means “mountain of the sun”. This cave was discovered about 90 years ago. Geological studies carried out in 1984 showed that the formation of the cave dates back to the Jurassic period. The cave is believed to be connected to Ali Sadr Cave in Hamadan Province, while Ali Sadr is full of water, but Katale Khor is almost dry. Another wonder of the cave is the number of its levels, which are very rare among the largest caves in the world. The recreational division of the cave is used by the public and includes 2 Km of straight path. Experts argue that the division constitutes a third cave. The road from Zanjan to Khatale Khor passes through Sultaniyeh, an ancient Khanate town. Due to the penetration of water into the lower layers of the cave and the shallow lagoons, the crystalline stalagmites created some very beautiful panoramas. Over 120 million years of life, the cave haas changed many times, with earthquakes, faults and collapses being one of the most common natural changes that have occurred inside the cave.

Behestan castle or Doodkesh-e Jenis is one of the 20 historical castles of Zanjan, located in Mahanshan city in Zanjan province, along with the Ghezel Ozan River. this natural phenomenon is called “Hoodoo” which is a type of mushroom-like stone created as a result of erosion which looks like a tall, thin shaft. Doodkesh-e Jen and Beheshtan Castle in Mahneshan are tourist attractions in Zanjan which have been really unknown so far.
The upper floors of this castle were used for defense and the lower floors were used as slum and food storage facilities. Due to the specific circumstances of that period, the rulers have made the fort in order to defend themselves and the people. The castle’s overall space was divided into three parts: rooms, corridors and walkways. Some gardens have a ghostly roof. In some areas, triangular or circular places on the walls are also included for the placement of a fissure. On the western and eastern sides of this castle there are zigzag rafts. These trails began once from the lowest part of the northern side of it, and now, like the devastation imposed on the core of the castle, it is not similar to anything else. Due to the erosion of the lower floors, it is dangerous and almost impossible to get on this road. The northwest side of the castle is one of the only well preserved parts of the castle. One of the rooms above these steps is decorated with the arches of the Muslim Islamic mosque. Large yards with a width of one meter are also adapted from the same architectural style. There is a flat rocky castle, but nowadays this castle can be reached only by climbing due to the great destruction. The upper part of the castle is covered with plaster, and inside it is a pond of 7 meters in diameter, 3 meters from the stone and sandy. The water of the castle was provided with half-meter water pipes called “Ganges”. 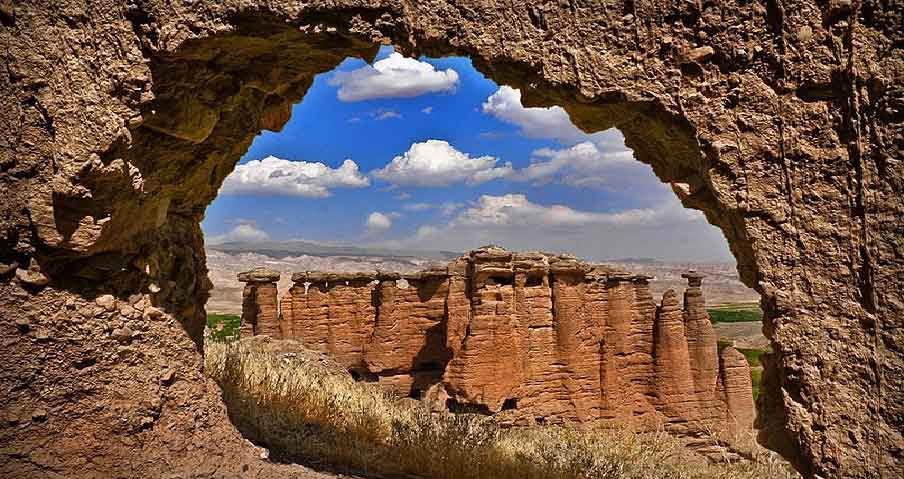 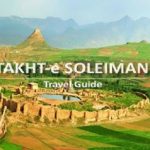 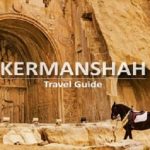 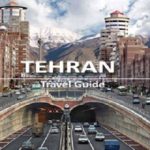 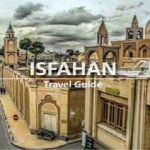 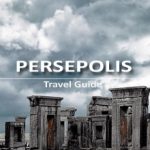 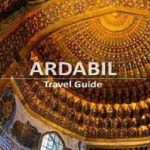