Amidst all these surprises, Iranians are known for their hospitality and this has led to the creation of hospitable resorts and outstanding hotels to welcome travelers everywhere in Iran, hotels that each reflects the unique art and architecture of this unique land. Hospitality in Iran is as old as its civilization, but the hospitality industry in Iran is a relatively new industry. In this article we have tried to introduce 10 best hotels in Iran according to the reviews of our clients and visitors in 2021:

According to most visitors, Iran and its beauties are said to be so charming and unique that they encourage visitors from all over the world to travel to this land. A four-season country where you walk around every corner, its wonders would fascinate you; From architectural masterpieces to strolling in the lush forests of Caspian Region and even the pleasure of sleeping under the starry desert sky, all sorts of landscapes have emerged that are nowhere to be seen.

The five-Star Espinas Palace Hotel is the most stylish and largest Tehran hotel with modern and unique architecture that was built on the elevated lands of Saadat Abad district of Tehran in November 2015. The hotel has 20 floors with 400 rooms and luxurious Suites with wonderful interior design and all modern facilities. Espinas Palace luxurious hotel is ready to welcome you with its unique facilities and services of its kind

Staying at a traditional historic caravanserai in the heart of Isfahan can be experienced at the Abbasi Hotel. This hotel is considered to be the best hotel of Isfahan and also the oldest and most luxurious hotel with magnificent Persian architecture of the Safavid era. The first construction of the hotel was in 18th century following the order of King Sultan Hossein Safavi as a gift to his mother. In 1966 it was renovated and converted into the present Abbasi Hotel which has 231 rooms, suites and apartments. Some hotel rooms are located around the main courtyard and face the garden through, balconies or windows. Each hotel room has its own unique architecture. The hotel is not far from the main historic attractions of Isfahan.

The five-star, long-standing hotel in accordance with international standards, is undoubtedly the best, most popular and most prestigious hotel in the country and Tehran. Parsian Azadi Hotel has a special position due to its location in a pleasant climate and a spectacular view of the city of Tehran and has many fans. Azadi Hotel or Hyatt Ex has been operating under the supervision of Parsian Hotels Group since 1991. The hotel has 475 bungalows with 26 beautifully decorated and decorated floors overlooking the Alborz Mountains and the beautiful city of Tehran, providing a relaxing and enjoyable atmosphere for your dear guests. Easy access to the main arteries of the busy city of Tehran is the biggest advantage of this hotel that cannot be overlooked.

If you want a luxurious and pleasant stay in the land of Cyrus, in the ancient city of Shiraz, Shiraz Grand Hotel is the best option.

The beautiful view of this outstanding hotel at the entrance to Shiraz and the passage through the Quran gates attracts every viewer. Shiraz Grand Hotel has the best amenities and services such as luxurious and well-equipped international restaurants, the best recreational centers and a unique waterfront complex. It is interesting to know that this hotel has the largest restaurant in Iran.

All of the hotel’s rooms are very luxurious, well-equipped and comfortable. The hotel has its own Quran Gate, Shiraz Gardens as well as its proximity to monuments and amusement areas.

For travelers who wish to get into the nature and relax in the woods of Caspian region, Salar-Darreh Hotel in Sari is the best choice. A very relaxing hotel in the heart of the forest, built near a river of the same name.

The location of the hotel is unique. The superb climate and the rooms overlooking the forest, give the guest an unparalleled tranquility. Salar-Darreh Hotel has a large and beautiful green courtyard with facilities such as a tennis court, a traditional restaurant with stunning view, and a souvenir shop.

Kish Island is very popular among Iranians and is one of the most popular tourist destinations in Iran. For this reason, it has its own unique facilities, both in terms of accommodation and recreation. Toranj Hotel is one of the most beautiful hotels in Iran and Kish Island and the first hotel built on the water in the Middle East. Its bold design is inspired by Maldives and Caribbean hotels.

Built in two phases, this beautiful hotel has one phase with suites, with glass floors over the Persian Gulf, and you can see the amazing underwater world through your room. Another appealing feature of these suites is their own private balconies that offer a beautiful sunset on the island of Kish to their guests.

The second phase is a 4-storey hotel, built on the beautiful seaside of Kish, with beautiful rooms and unique amenities. A swimming pool on top of the building’s roof is another attraction of the hotel, giving you an unforgettable swimming experience

The Kashan Ameri Hotel is a memorial to the magnificent Zandiyah era, which was renovated in 2014 and started as a hotel. This magnificent building is the largest and oldest house in Kashan. The traditional and varied style of the hotel gives you the experience of living in the magnificent homes of ancient Iran.

The hotel building consists of two separate houses with two central courtyards, There are also a cellar, a banquet house, summer and winter porches, and two long wind towers in this residence, showing the splendid architecture of ancient Iran.

Other attractions of the hotel is rooms with authentic Iranian atmosphere, while also equipped, Iranian baths, restaurants and coffee shops, all of which bring you a memorable journey in the heart of the desert city of Kashan

Kaya Hotel Tabriz is the newest hotel in Tabriz and is part of the Turkish Kaya Hotel chain.
With 220 rooms, the 17-storey Kaya Hotel’s building is very stylish and specially designed to make it unique.
The hotel’s famous restaurant called “A LA CARD” has recently become popular due to its nice international and Iranian cuisine.

Kaya shopping center, with 126 shops, featuring the world’s top brands, exquisite gym and stylish restaurants and cafes is among the most luxurious hotels in Tabriz and Iran

This five-star hotel is one of the most renowned luxury and modern hotels in Mashhad because of its unique architecture, high quality standards and proximity to the shrine of Imam Reza.

Inaugurated in 2011, the 20-storey Dervishi Hotel is one of the tallest residential buildings in Mashhad and the country’s largest glass atrium hotel. The hotel has 223 rooms with varied accommodation models such as Royal, Season, Penthouse, Nations Room and VIP Rooms. The well-being and security of guests, the ease of access to their facilities, the variety of services and accommodations at the luxurious and stylish Dervishi Hotel in Mashhad are considered to be a memorable stay.

Daad Hotel of Yazd, with its traditional architecture, Yazdi atmosphere, and its proximity to the historical context of this 3,000-year-old city, brings the atmosphere of an ancient city to life. This hotel is very close to Yazd’s historical and tourist centers such as Amirchakhmaq Complex and Zoroastrian Fire Temple. The finest amenities and well-trained and hospitable staff in this renovated historic mansion will forever be remembered for a pleasant trip to Yazd. After a tour in the old town, you can relax in the roof restaurant of the hotel, enjoying the nice view. 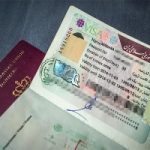 How to Get Iran Visa? 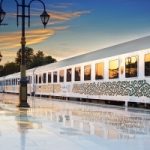 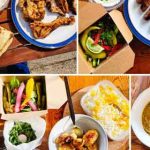 What to Eat in Iran? 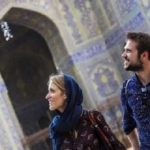