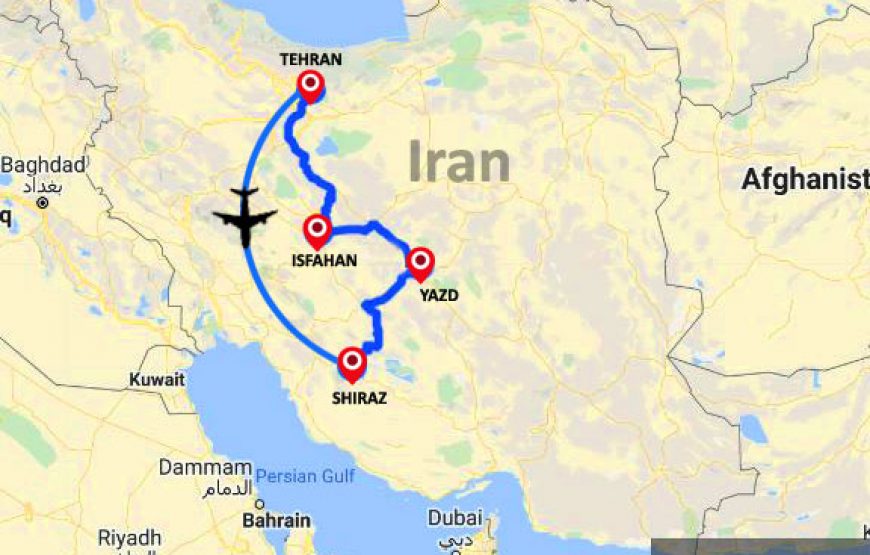 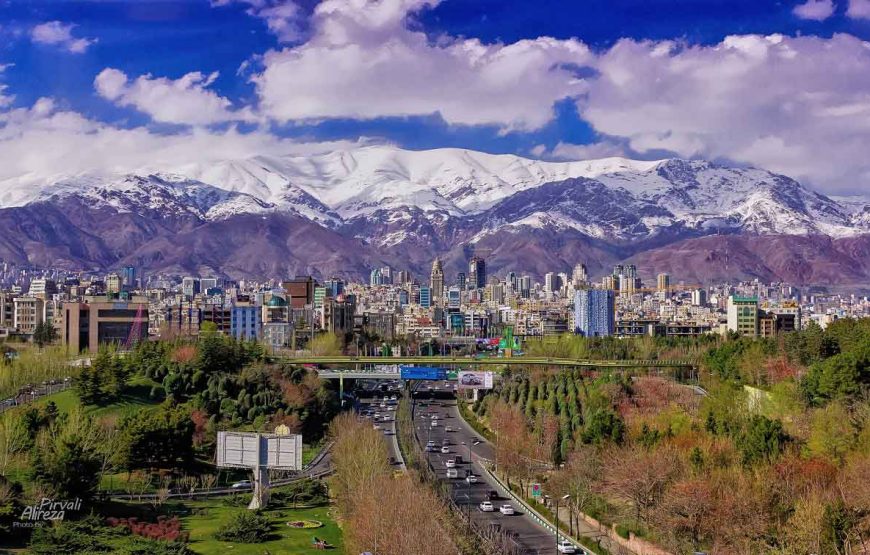 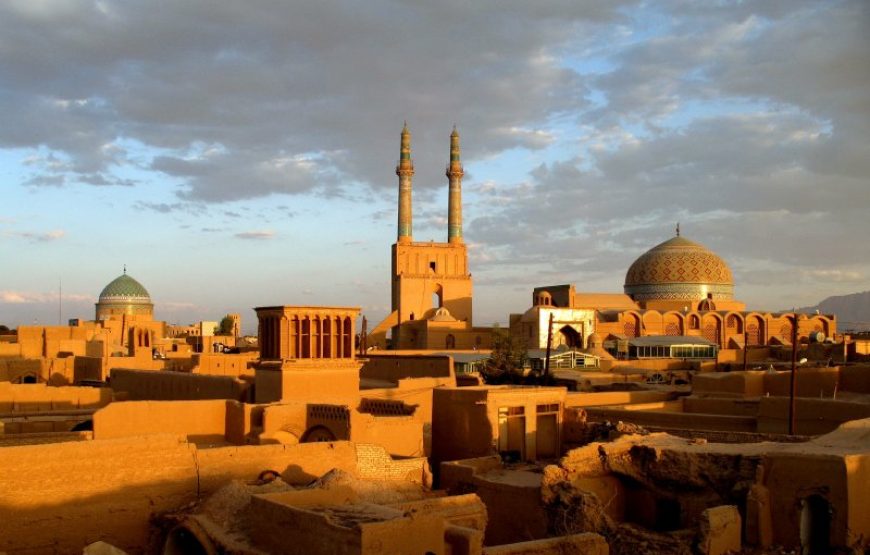 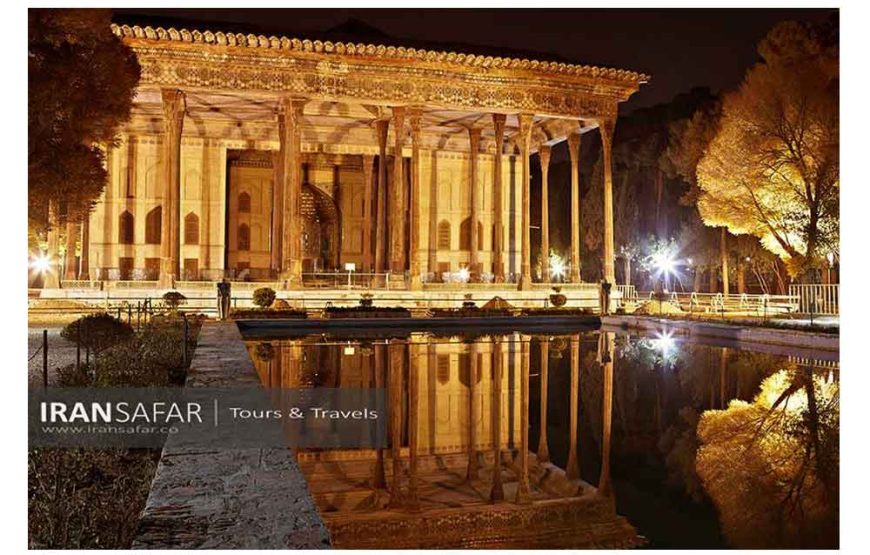 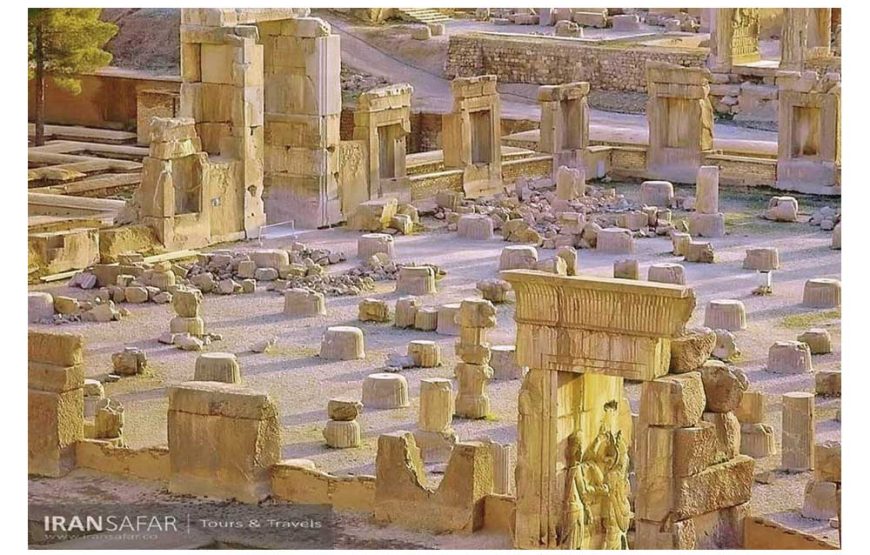 Trip Grading
Although there is no commitment to extended walking on this journey we nonetheless want to keep the ‘accent on the active’. We therefore advise that any physical training you complete before undertaking the trip will be to good effect.

In this Iran 10 day tour named  Iran Classic Tour we will visit the country’s constellation of sights that has no equal in the Islamic world. The brightest star of all is, of course, Isfahan; a name that recalls the most sublime architectural and intellectual achievements of Persian culture. Together with Shiraz (+Persepolis) and Yazd, this triangle forms the core of any journey to Iran.

Iran, situated between Central Asia, Europe and Arabia, is amongst the most fascinating destinations in the world. If you are interested in visiting World Heritage Sites, this trip would be a marvel, where every major city seems to have one – whether it’s the Achaemenid capital at Persepolis or the astonishing Naqsh-e Jahan Square in Isfahan.

Squeezed between the two mountain ranges of Alborz and Zagros is the city of Yazd, the center of Zoroastrian fire temples  and an excellent tranquil old town to walk through and explore.

The “Iran Classic Tour” traces the magnificent legacies of the Persian Empire which will not fail to inspire, old desert towns, ancient citadels, the snow capped mountains, vast deserts, oasis towns and spontaneous engagement with the locals that provide surprise at every point of our diverse itinerary.

The 10 day Iran Classic Tour starts in the capital city Tehran.
After arrival at Tehran Airport (IKIA), our representative will meet and transfer you to your hotel to rest. In the morning, we will visit the National Museum of Iran, where you can see fabulous historical items from 5000 BC to the advent of Islam in Iran which shows a brief history of our land. After the museum we'll walk to the Golestan complex (a UNESCO World Heritage) The glories of the Qajar Era are played out across this complex of palaces set around an elegant garden, ornamented with mirrors, paintings, glazed tiles. After the visit we walk along the Grand Bazaar dating back to the Qajar era (almost 260 years old). In the afternoon we will also visit the National Jewels of Iran located in the central bank of IRI.

Today we'll visit the residential palaces of Mohamad Reza Shah, his father and some members of the former Iranian royal family . Its huge garden occupying an area of 180 hectares , makes Sa'ad Abad the greatest cultural complex in modern Tehran consisting of 7 palaces. After this visit, a short stop at Tajrish local market will be a memorable experience.

We visit Persepolis in the morning when the site is relatively not crowded. A comprehensive tour is provided bringing to life the history of this magnificent ruin. Ruler of the largest empire the world had ever seen, Darius I started constructing the great metropolis capital to serve as a ceremonial capital in around 512 BC. Subsequent Achaemenian kings, including Xerxes, added their own palaces over the next 150 years. A good three hours is needed to explore Persepolis.

A short drive away is the four impressive burial tombs of Darius and his successors, Naghsh-e Rostam, which have been hewn from the rock. After the group arrives back in Shiraz, the time will permit a good visit to tomb of Hafiz.

After breakfast, we will visit Nasir-al-Molk Mosque (or Pink Mosque) which was built by one of the princes of the Qajar Dynasty, in 1888. Its interior reveals a magnificent masterpiece of design with stunning pink color. We will then walk to continue the exploration in Shiraz old town at the beautiful orange-scented Narenjestan Garden, laid out in the 19th century. Today You’ll have free time to explore and shop in the Vakil Bazaar, home to hundreds of stores, and beautiful courtyards. We will end our sightseeing day in the lovely shrine of Ali bin Hamza, a shi'ite saint.

We embark on the 450 km lovely drive from Shiraz to Yazd which in some parts is very picturesque.
En-route, we will stop at Pasargadae the first capital of the Achaemenian Empire that lies in ruins. Pasargadae reveals the tomb of Cyrus the Great, the founder of the Persian Empire under the Achaemenian dynasty in 500 AD.

Yazd is one of the oldest continuously inhabited towns of Iran. The old town of Yazd dominated by minarets, adobe structures, and the ingeniously-designed wind towers that served as cooling systems, would be a highlight of this trip. Yazd is also the center of Iran’s Zoroastrian community, which is where you’ll begin the day’s sightseeing.

Our visits start with Towers of Silence, where Zoroastrians used to leave dead bodies until the mid-1900s. According to Zoroastrian rules, dead should not be buried under ground. They were transported to these enclosures built on hill tops, where they were left to decompose.

The next site will be the Zoroastrian fire temple. At this still-active Zoroastrian Fire Temple, you’ll see a sacred flame that is said to have been burning for the past 1,500 years.

In Amir Chakhmaq Square, you’ll see a very impressive structure. Although more often described as the entrance to a now non-existent bazaar, the chief function of Amir-Chakhmaq structure is known as a Tekyeh (congregation place for rituals) and the square before it, was to host Ta'ziyeh ( a cycle of passion plays commemorating the martyrdom of the third Imam of Shiites, Imam Hossein) which takes place once a year during the mourning month of Moharram. The site dating from fifteenth century, is named after its builder, Amir Jalal Al-Din Chakhmagh,  governor of Yard.

The next place to visit is the Friday Mosque of Yazd (Yazd Jamee Mosque) built in 1324, where you can gaze upon the tallest mosque minarets in the country.

We embark on the 300km desert drive from Yazd to Isfahan which in some parts is aligned with Pistachio fields. We break the road at Naein (Nain) where we can have lunch and a short visit to one of the oldest mosques of Iran.

Today visits starts from Imam Square or Naqsh-e Jahan. This 17th-century complex is the second largest square in the world (after Tiananmen in Beijing)

In the square, you’ll visit the 17th-century Imam Mosque, easily recognized by its magnificent blue tile-work and soaring dome and minarets. It is known as the most beautiful mosque of Iran and a masterpiece of Islamic architecture. We will also visit Sheikh Lotfollah Mosque, also known as the Ladies Mosque due to its function believed to be the private mosque of the King's wives. It is renowned for a bright color domed, where and its amazing interior.

The next stop will be at Aali Qapu Palace, where you’ll marvel at its beautiful music hall ceiling and the balconies where Safavid kings would sit to enjoy the polo competitions taking place in the square. We'll finish our exploration of the square by visiting the Qeisarieh Bazaar with hundreds of local shops selling traditional handicrafts and art. It’s a wonderful market to shop your souvenirs.

Next up is Chehel Sotun Palace, set in the middle of a beautiful garden in front of a huge reflecting pool. This graceful pavilion was built under Shah Abbas II for entertainment and court receptions. Chehel Sotoun meaning the "Forty Column" is a long-standing relic of the Safavid rule in Iran, which fascinates visitors with its amazing and original architecture. The splendid mural paintings of Chehel sotoun are just one of its many attractions.

Kashan is an ancient oasis town, 250 km from Tehran, famous for rose water, hand-woven carpets and great architecture. Kashan was the favorite city of Shah Abbas the Great, the 16th-century king responsible for so much of Iran’s development. Located on an altitude of 1600 m on the rim of the central Salt Desert , the city dates back to prehistoric times. The city name probably means “summer houses built of wood and reeds". Archeological discoveries in the Sialk Hills which lie 2.5 miles (4 km) west of Kashan reveal that this region was one of the primary centers of civilization in pre-historic ages.

Yes, this Iran classic tour can be organized for individuals. During the trip you will be accompanied by a local guide or driver.
You can check the scheduled dates and use the book or inquiry blue button in the page or simply contact us at info@iransafar.co in order to get informed about the fixed tour dates.
For groups bigger than 8 people, 35 seated tourist coaches are used. For smaller groups we use brand new comfortable mini-bus, and for individuals , air-conditioned sedans are available, driven by expert drivers or driver-guides. 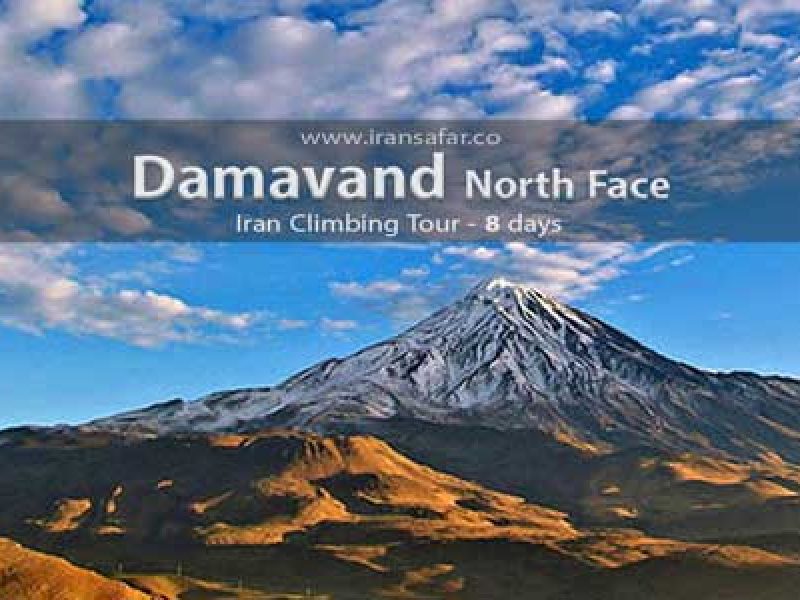 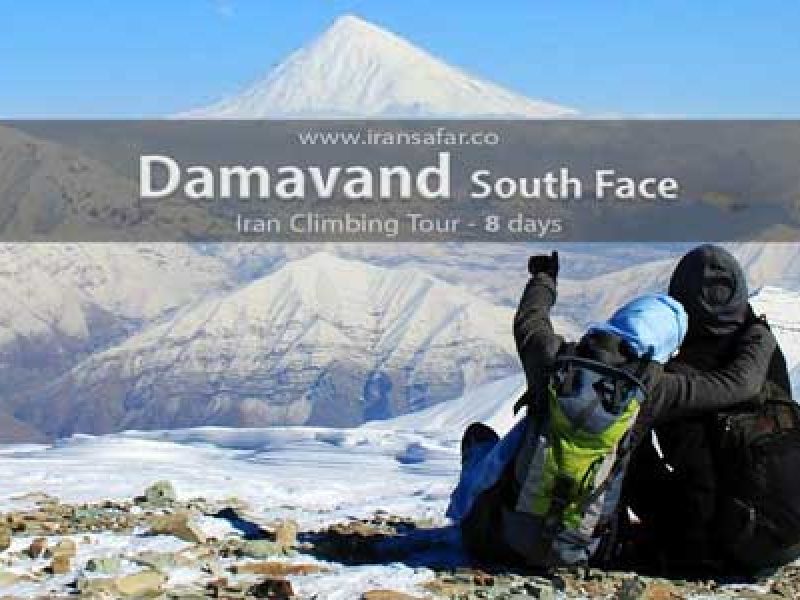 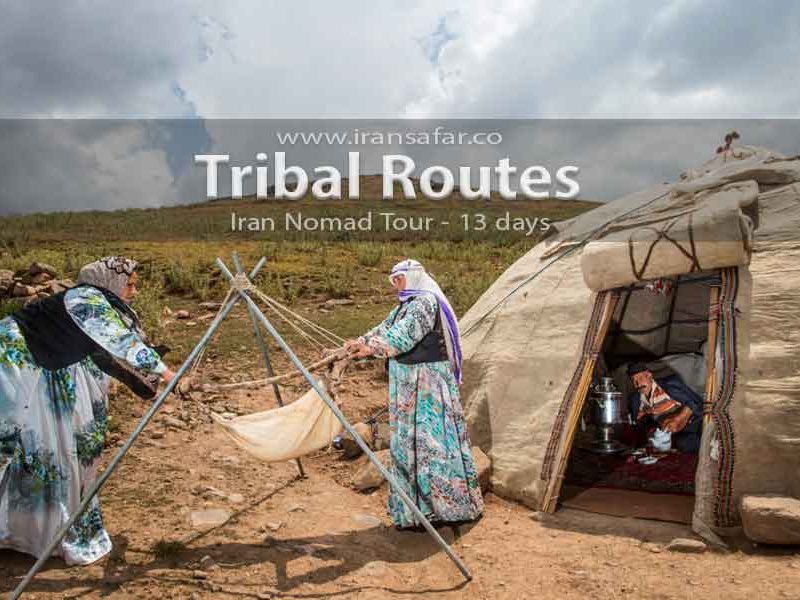 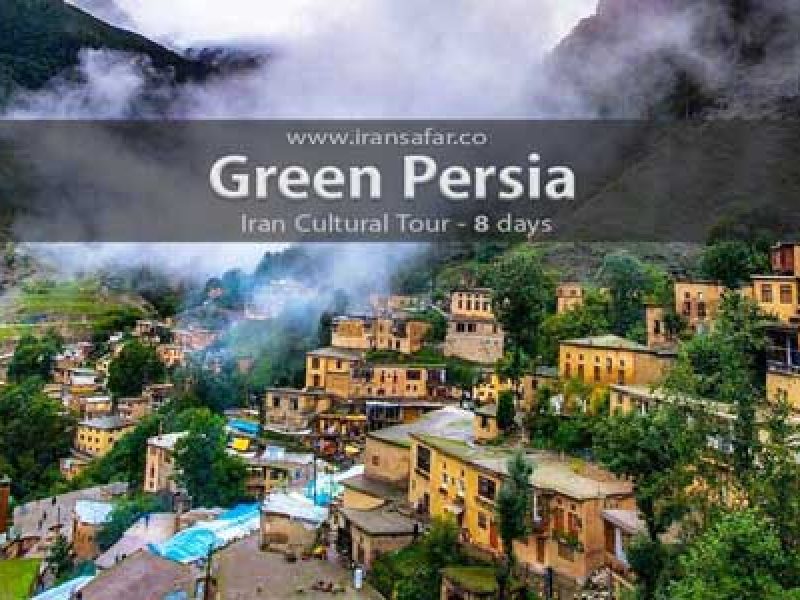